The concept of an Interim Executive Director (ED) isn’t well known in the nonprofit arena…yet. But, it’s becoming more mainstream and for many good business reasons.

Did you know?  On average, it takes a Board of Directors 9 months to recruit a new Executive Director. By the time they are on-boarded and contributing, a year may have passed since the departure of their prior leader. While Board members may step up to “mind the gap”, the truth is that employees, partners and funders can lose confidence in your organization during this leadership transition and key employees may leave. Just organizing payroll, developing a budget and/or supervising the employees may keep the lights on, but without professional leadership, your organization can be harmed and stymied while the Board should be focused on finding your next leader.

If you wouldn’t leave your own business without a leader for a year, why would you leave your nonprofit, presumably doing important work, without one?

What does an Interim Executive Director do?  An interim nonprofit Executive Director (ED) works for the Board of Directors and runs the organization for a specific period of time – usually 6 months to 15 months. Perhaps more importantly, the interim helps the Board assess the current situation so there is a clear and shared vision of what the organization needs in its next permanent leader. A seasoned interim will help prepare the business to ensure its sustainability and the success of the next leader. An interim Executive Director is not a consultant, but rather a seasoned business executive who can provide hands-on and impact leadership during an executive transition.  Quite often, the interim may be more senior and more experienced that the person who will be hired to fill the role on an ongoing basis so make sure to take advantage of their wisdom.

Your interim ED may not be an expert in your specific line of business or program focus. They will rely on the program team already working with you and will instead focus on transition leadership, keeping the revenue coming in, and making sure that the organization moves forward without a hitch. Helping the Board organize for the next phase of the organization is often part of the brief.

Beware! Some people may apply to be the interim Executive Director as a way of installing themselves as the permanent ED. I can assure you that some Board members are guilty of this sleight of hand as well. Make sure the interim is a contractor so the assignment, by definition, is temporary. Nothing is more awkward than having to “fire” a Board member who volunteers to be the interim and then won’t give up the seat.

What’s the first step? Just as you would for any interim executive, write a job outline that includes the exact expectations for the assignment, including the decision-making authority and the accountabilities. An interim will often have more focused responsibilities than the permanent leader. With a limited tenure, be very clear on expectations.

The hiring process should be abbreviated. Consider bringing in a professional like InterimExecs to identify qualified candidates and fast track the process. In some cases, an interim can be on the ground in a matter of days.

So, let’s go. There are professional experienced interim Executive Directors who are available to talk to you about moving your mission forward during your leadership transition. The first move is yours. 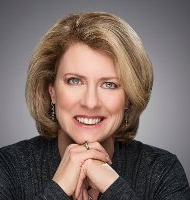 Michelle Barnes has worked with a wide variety of organizations as the Interim President / Executive Director as well as advising on complex transitions. Michelle brings a potent combination of expertise - including two decades in the tech industry and a dozen years in nonprofit leadership - to organizations doing good in the world. She has worked throughout the United States and internationally in the for-profit, nonprofit and social enterprise sectors.